By: Wade Fagen-Ulmschneider, Karle Flanagan, and Alpha Phi Omega at The University of Illinois
Created as part of a Data Science INNOVATIONS on: October 9, 2019

It is common to describe groups of people at events in vague terms:

Interact: Tap/hover over any circle to view a single person's response to every phrase.

This work and visualization was heavily based off of Wade Fagen-Ulmschneider's Perception of Probability Words visualization from July 2019. The writeup provided on Wade's visualization shares background work in this area. 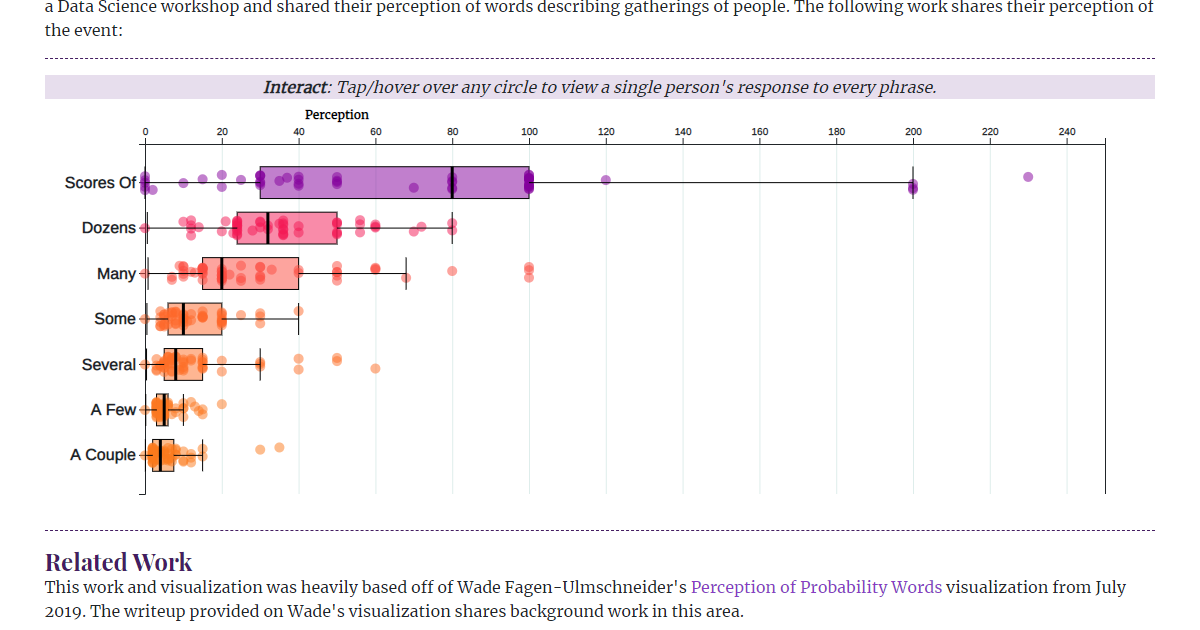